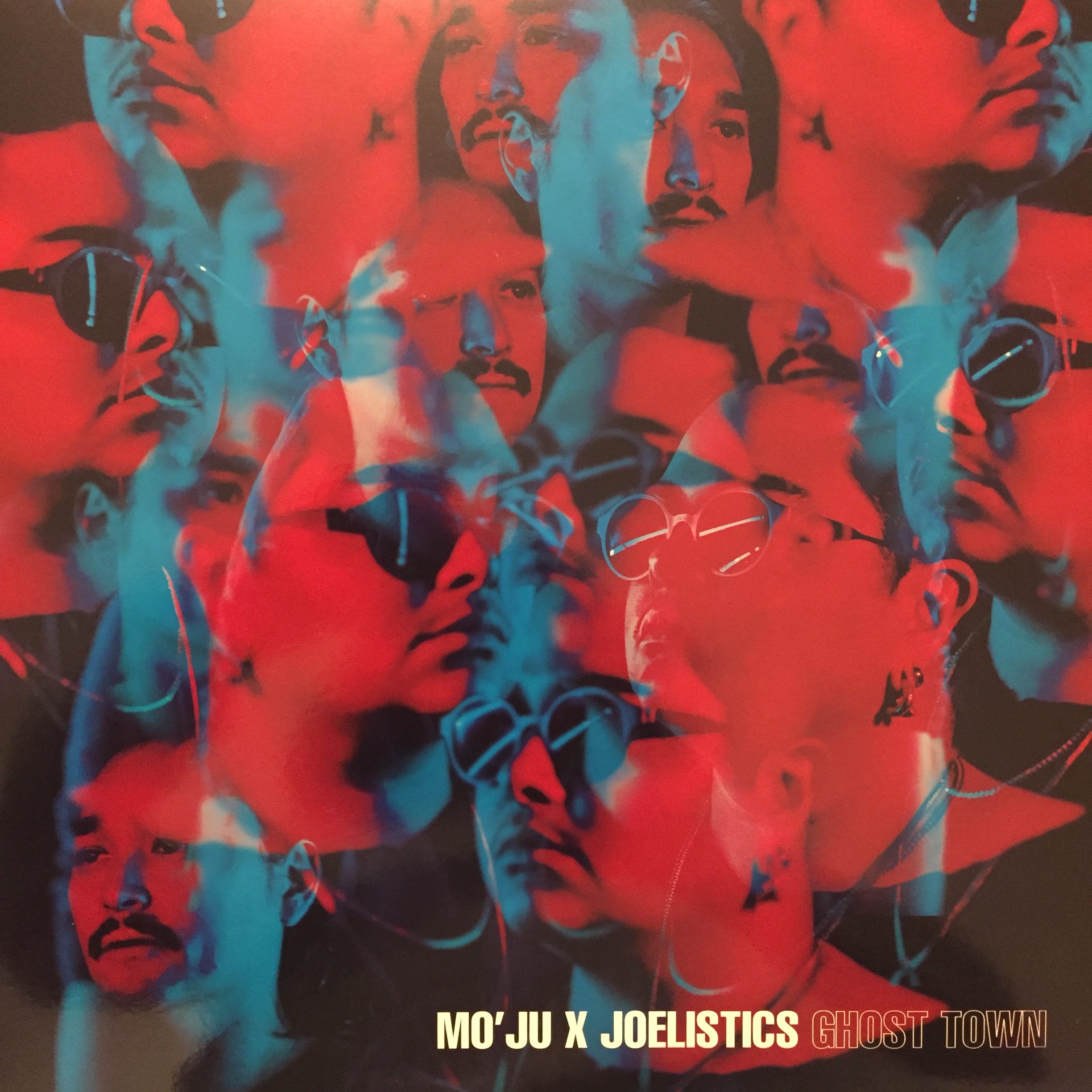 GHOST TOWN is the cumulative effort of two of Australia’s most prolific voices in music. Stretching their artistic limbs across seven tracks, collaborators Mojo Ruiz de Luzuriaga, known professionally as Mojo Juju, and rapper, multi-instrumentalist and producer Joel Ma, AKA Joelistics, have emerged with a silky smooth mini-album touching on hip hop, RnB and electronica.

The duo first joined forces on the inimitable 2018 single ‘Native Tongue’, written and performed by Mojo Juju and produced by Joelistics, an effort that went on to become one of the most profound and vital releases Australia had seen in years. The single would halt the music landscape in its tracks, whiplashing industry, critics and music lovers alike and bagging accolades including ‘Best Independent Single’ (AIR) and ‘Song Of The Year’ (National indigenous Music Awards).

Moving in to 2019 the pair decided to explore their joint creative itch further. Sharing musical tastes and ideologies would allow both multi-talented artists the perfect environment to cultivate their GHOST TOWN project.

Thematically, the album explores our relationship with ghosts of all forms – whether memories, past hurts, lost loves or that pained feeling that you could have said something better in a moment gone by. Musically, GHOST TOWN speaks to both artists’ influences and strengths, effortlessly weaving through moments of RnB, soul, hip hop and pop.

Closing track ‘Leave It All Behind’ is the call-to-arms of the record so to speak, a statement that beckons the listener, and perhaps the artists themselves, to leave the ghosts in our lives in the past. Dig a little deeper and there lies a direct response to a darker side of the reception to ‘Native Tongue’ that Mojo Juju faced. Amid all the praise there was a distinct strain of negativity that seeped in – realised by attitudes of scepticism, tokenism and ignorance – and GHOST TOWN stares that right in the face and addresses it.

“Despite all the positivity around the song, there have been times where it’s been hard not to tune into the haters. There were people who lashed out because were offended or confronted by it. Some people questioned my authenticity and my motivations – like I didn’t have a right to tell my own story. That felt really toxic,” Mojo shares.

“I also observed certain people from within the industry who had previously snubbed my work, suddenly wanting to claim some type of proximity to me. It took a lot of effort for me not to feel cynical about that. So this song is a self-affirmation, and a reminder to let go and break free of all that negativity.”